Remember when we all thought Brad Pitt was going to be cast as Cable and everyone was throwing high fives and celebrating? That would have been incredible. Obviously that didn’t end up happening because of “scheduling conflicts” so we move on. But now its 100% official, we have Josh Brolin coming from THE CLOUDS to be cast as Cable.

So now that the dust has settled and we’ve had a chance to think about it, what’s the verdict? My original opinion was “this is good” but that’s changed. Here’s why. 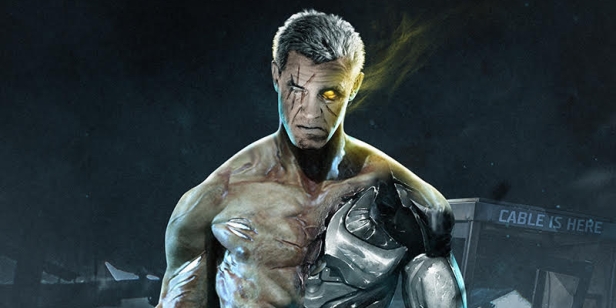 Deadpool wasn’t a normal super hero movie. It was an R rated parody of a super hero movie. Cable is the closest thing Deadpool has ever had to a partner so obviously they need to compliment each other while sticking true to Cable’s comicbook character AND aligning itself with what made the first movie so successful.

That means Cable needs to be a strong, intimidating, no bullshit type of dude (which is easy) while being capable of participating in witty, fast paced banter and comic relief (which is hard, made even harder while maintaining the first part)

Lets run down the qualities needed to play Cable in Deadpool 2, and if Brolin can handle them.

Can he pull off a bad-ass fight sequence?

Can he be an intimidating, no bullshit enforcer?

Can he deliver a one-word hook that steals a scene?

Can he be involved in a weird scene with nonsense banter?

Can he play a comic book character with substantial CGI elements?

MAYBE
Ok, so this is cheating because Thanos is entirely CGI but I had to fit it in somewhere. How could I not mention the fact that he’s already committed to playing the lead villain role in the upcoming Avengers Infinity Wars movies? That’s a solid fun fact.

PERFECT casting. This is an incredible and perfect decision and I love everything about it.