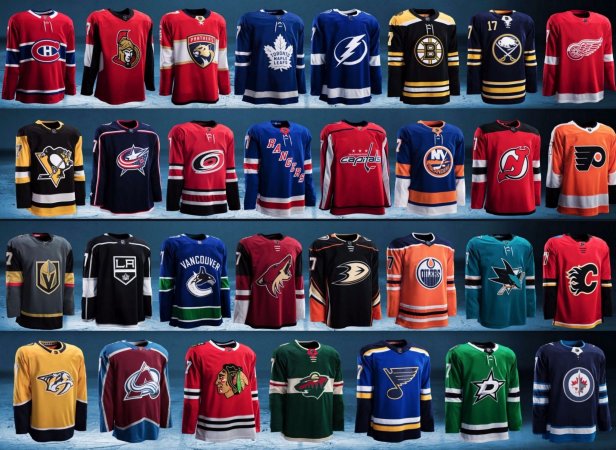 I’ve been really busy lately and I know this post is roughly a week late, but hey shit happens in the part-time blogging game. I couldn’t let this unveiling happen without talking about it and following up my original blog discussing the possible changes.

The biggest change you’ll notice league-wide is the collars. Here’s the 4 options available to every team 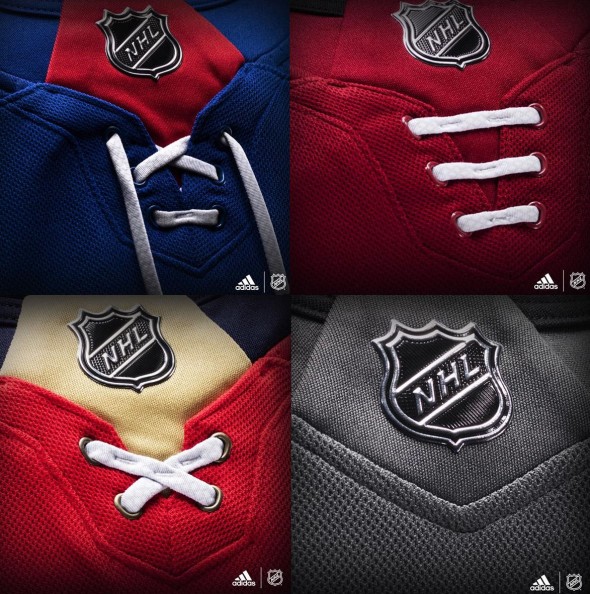 The unveiling was pretty uneventful aside from the Vegas Golden Knights full design/trainwreck going public for the first time. Before I break down all the changes I want to focus on the Vegas uniform. You’ve seen it by now… 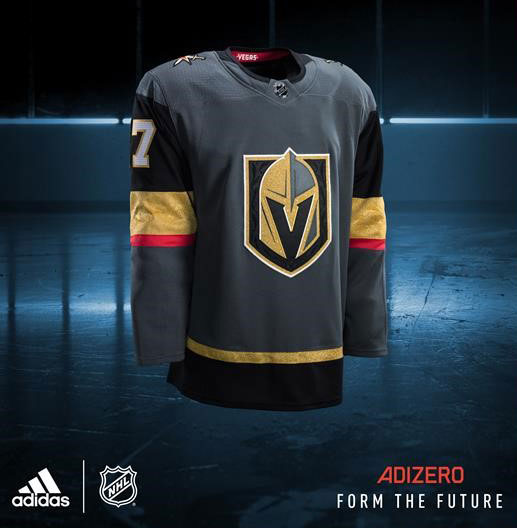 I don’t hate gray/graphite/charcoal/dusk or whatever they call this color, but I hate it in this situation. I would have prefered a mostly black design for this team. And I HATE those red accent stripes. They make them look like clowns. You don’t need 4 colors. You just don’t. 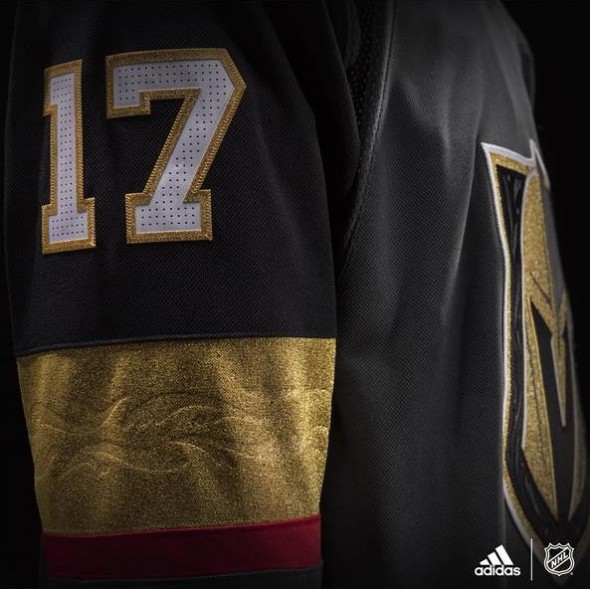 Don’t forget to look for that shnazzy embossed pattern on the sleeves and chest logo. You know, to represent the tribal tattoos that are common on the native douchebags that roam the Vegas strip.

Apparently they’ll be wearing gold gloves instead of white, which is good because the white gloves make a bad design look worse.  I’m filing this uniform under both “Losers” and “Dumb” because I can’t decide between the two. 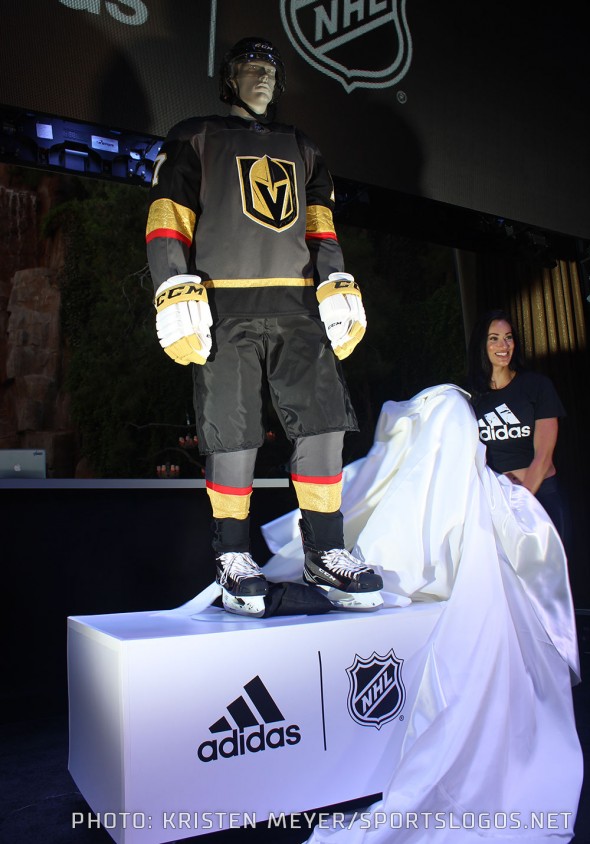 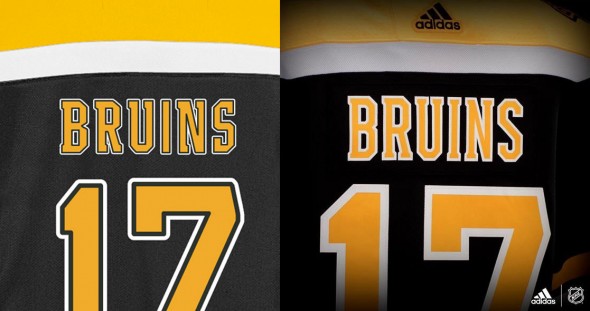 Nothing fancy here, just a classic case of “addition by subtraction” The B’s didn’t overthink things. They just removed the black line on their font. Making the classic jersey look classic-er. And they changed their home sock color from yellow to black- something they’ve been doing on their alternates for years. 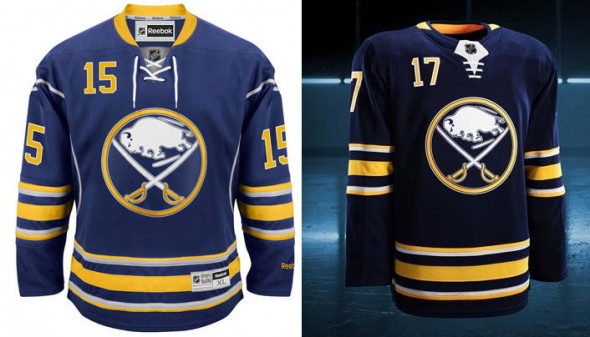 Buffalo had an easy assignment: Do literally anything and it will most likely be an improvement. They actually came through and the cleaned up version of last years sweater looks fantastic. 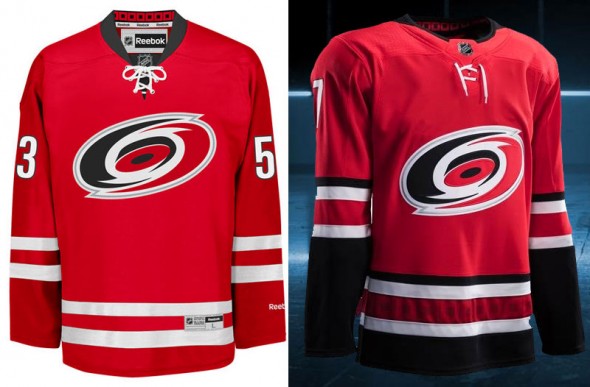 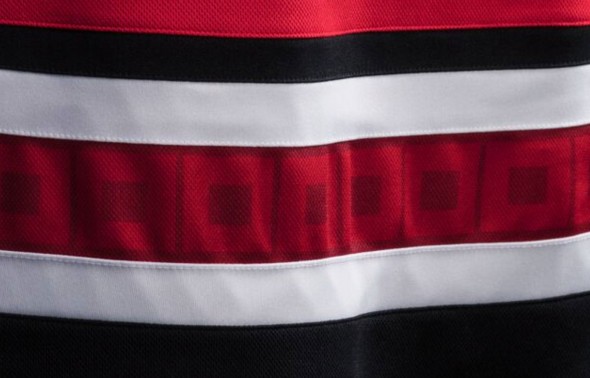 HUGE improvement. I LOVE IT. Bringing back the heavy black, but more importantly they BROUGHT BACK THE HURRICANE FLAG STRIPE!!! The Canes might be the best looking team this year. No joke. 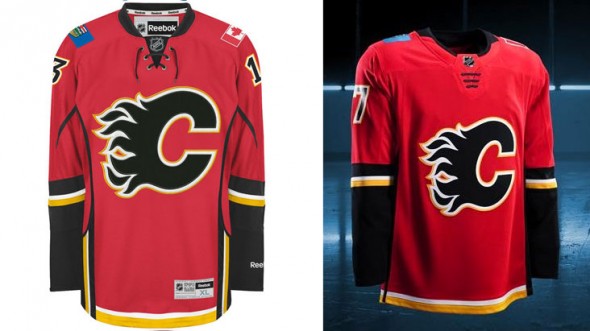 Huge improvement. All the half-stripes and piping are gone and we’re left with a super clean and slick jersey. When your logo is as unique and detailed as theirs, it’s best to let it reside on a simpler design. 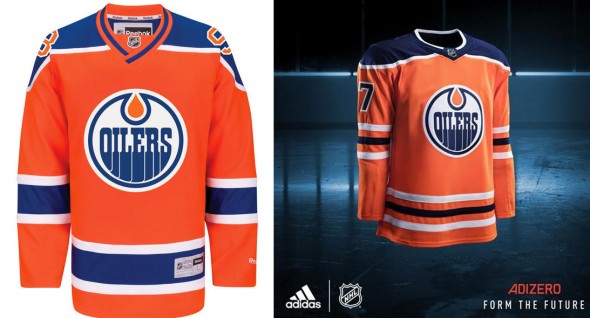 Oilers are making Orange their own. They’ve taken their alternate and made it their full-time home sweater, tweaked the color to be brighter, and changed the stripe pattern. Moving the TV numbers from the shoulders to the sleeve is a solid decision too. 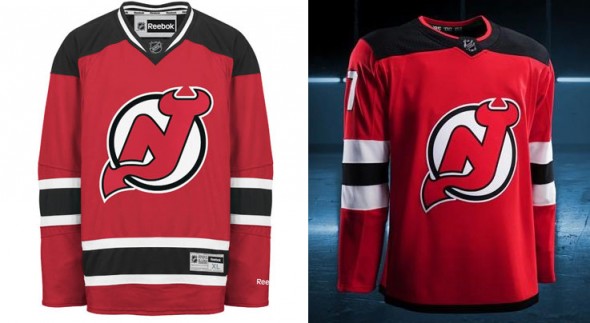 A lot of people got all pissy over this one. I can’t find a single thing wrong with it. I don’t think the sleeve stripes are too wide, I don’t care that the waist stripe has been replaced with a tiny black hemline, and I certainly don’t care about “well they just did this to sell jerseys”…. OF COURSE THEY DID, IDIOTS. Can you blame them? If you bought a Devils jersey 20 years ago it still could be seen as current up until last season. The team looked stale. The fans deserve new shit every now and then. The haters should be thankful their team still loos good. 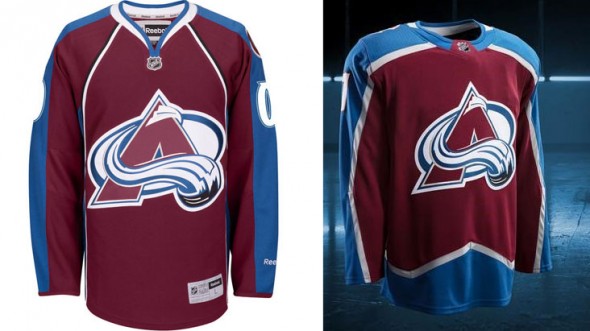 I am at a total loss. What the fuck is wrong with everyone over at the Avalanche offices? Do they care? I really don’t think they do. I’m actually positive the guys in charge of these decisions are the type that say “I don’t care what they look like as long as they win, so just use the jerseys we had when we won the cup”… well congrats because you look like losers and your team sucks. The logo sucks. The colors suck. The font sucks. The name sucks. Everything sucks. 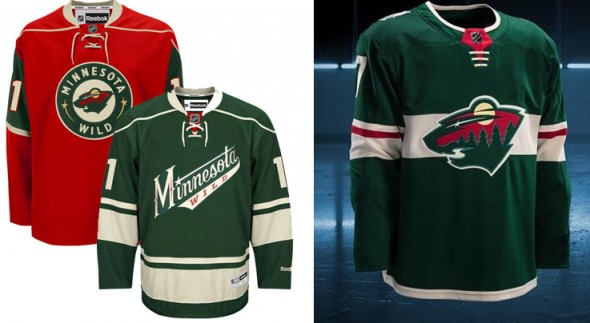 This was a tough one. I was going back and forth on whether to call this a winner or loser. On the one hand, it IS an improvement on their existing, and I don’t think it’s a bad looking sweater. But I inevitably went with loser because I can’t get past the sleeve stripe not matching the chest stripe. It just bothers me so much. Sorry. 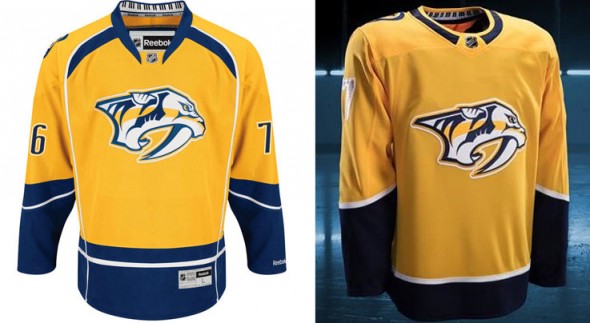 Remember all that stuff I said about “addition by subtraction” and “a detailed logo needs a clean space”… well I’m going opposite here. Nashville’s new sweater is just a boring version of last years. The Preds don’t need to be simple and clean, they can pull off the detailed design. Be less boring. 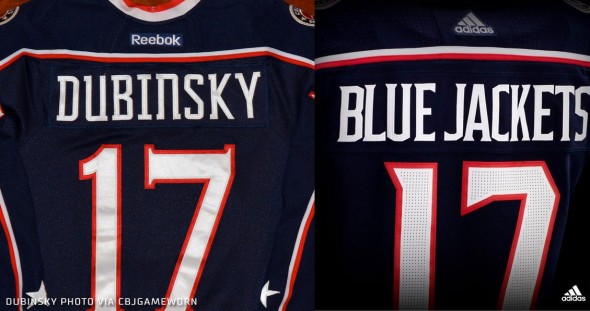 They replaced their bad font with another bad font. Bravo. 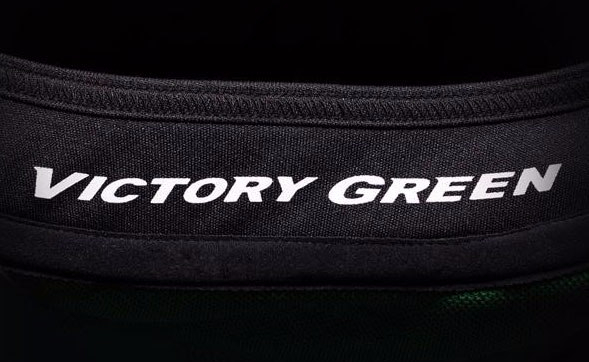 The Stars announced they would be updating their home jerseys. They added “Victory Green” to the inside of their collar…. Fuck off, Dallas. 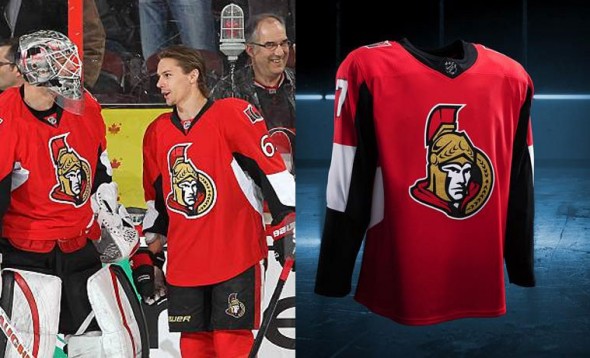 Extremely small change to the stripes and under the arm panel. It’s almost as if they liked their jerseys last year. I don’t understand it.

Florida Panthers
Nothing. They announced they’d have updates but it sounds like they just didn’t understand what was happening.