I’ve already talked about these trailers a couple of times which pretty much summed up my feelings/excitement for this movie. I’m typically jacked up for any MCU movie, that’s nothing new. But this time around I’m more excited for the villain than anything else. Micheal Keaton is the hero we all ove and need more of in our lives… even if he’s just a flying scarecrow bird or whatever.

War for the Planet of the Apes – July 14th

No.
How hard is it to kill a monkey? Just kill the monkey and go about your day.

This movie is designed to speak directly to a female audience. This movie isn’t for me. I have no grounds for reference or any way to relate to the story of 4 black women searching for dicks. That being said,  I had a few hearty “internet laughs” (aka sitting silently but cracking a smile) and that’s more than I can say for most comedy trailers.

Valerian and the City of a Thousand Planets – July 21st

Apparently this story has been a huge deal for a bunch of nerds who obsess over the books. Personally I think it looks average at best, but who am I to say? I just judge everything on the surface, and the surface of this thing is paper thin. They hired Miss Eyebrows the supermodel with minimal acting experience to be the lead which SCREAMS desperate attempt to grab the nerd’s attention without much criticism.
And for what it’s worth- “the city of a thousand planets” is the dumbest fucking thing eveer typed. That’s like saying “this is the hand of a thousand bodies”

Must watch. This is an incredible true story of heroic patriotism and sense of duty and I’m thrilled with how well done it looks. As with any historic movie, some parts might be embellished a bit. Read this decent article to get a good picture of the real history. 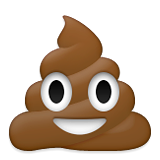 You know what’s wrong with this?…. NOTHING. If Quentin Tarantino watched Wonder Woman and then Jason Bourne and took a nap, this is the movie he would dream up. It’s incredible. I love everything about it. I love Charlize and I’ve loved her from day 1. She can’t age, I think it’s impossible. Is she in a lesbian sex scene? Wild. James McCavoy looks great too. It all looks great. I’m gushing.