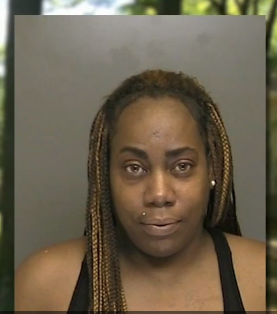 A teenage babysitter on Long Island was arrested along with her boyfriend and her mother after police say they left a 9-month-old child at a casino Monday night. Authorities say the sitter, hired from SitterCity.com, claimed to be 18 but was actually only 14.

According to police, when the baby’s 21-year-old mother failed to arrive to pick up the child at the designated time after an overnight stay, the caregivers called police at approximately 6:40 p.m. But when patrol officers responded to their home on Johnson Avenue in Ronkonkoma, they stated that they had resolved the issue and had arranged to meet the baby’s mother, apparently at Jake’s 58 Hotel and Casino on Express Drive North in Islandia.

But after an apparent dispute regarding pick-up arrangements and payment, authorities say the three decided to leave the child on a bench when the mother failed to arrive. The 16-year-old boyfriend allegedly left the child in a carrier on an outside bench and walked toward the car, before returning to the bench, picking up the child, and taking the baby inside to a security member.

The 16-year-old teen reportedly told security personnel he found the child on the bench, then left in the car with his girlfriend and his girlfriend’s mother.

After reviewing surveillance, officers recognized the 16-year-old from the previous call on Johnson Avenue. They returned to that location and arrested the three caregivers, charging them with endangering the welfare of a child.

When I first read this story, I was locked and loaded to throw 14-year old under the bus and deliver a thorough, Dr. Phil-caliber evaluation of her morals. You know the whole “How DARE you abandon a little 9-month old bundle of joy right outside of a establishment built around sin and greed” mumbo-jumbo.

That sentiment quickly soured to: What kind of parent give their 9 month old baby to a TOTAL stranger for a night, doesn’t show up to retrieve it the next day, and then argues about how much they should have to pay before the child is even back in their possession?! That’s abandonment! That’s endangering the welfare of a child, why isn’t she arrested?

You know how you should never complain about service in a restaurant until after you have finished your meal? Or how you shouldn’t argue with the place replacing your breaks before you get in the car and drive off? Same sentiment goes when someone holds your child’s’ well-being in their hands. Thou shall not start shit with he who controls the well being of your chicken caesar salad (NO FUCKING ANCHOVIES), and thou shall certainly not start shit with he/she in charge of strapping in your child’s car seat.

And shout-out to SitterCity for using the same age verification security as Marlboro.com and BangBros. Pretty sure Angie’s List integrates better security and background checks before they let someone into your house to finish your basement. When it comes  to a stranger watching my baby I want nothing short of a Underwood administration vetting. Seems like SitterCity lets you lie about your age and go about signing up just as easy as a 14 year old browsing the internet with a boner.

As a policy, we do not allow sitters under the age of 18 to register. We understand that the sitter in this case used a false birth date when registering because she was under 18 years old. We immediately removed her from the site as soon as we learned about this matter, and we are grateful to know that the baby is safe at home.

The real shit end of the stick here was handed to the 16-year old boyfriend of our esteemed child care professional. He was just looking to get his dick wet when his girl found herself in the middle of a ransom situation with a couple of shitty parents. When he saw shit going south he actually BROUGHT THE BABY TO SECURITY instead of leaving it outside on a bench! His girl was ready to just walk away from the whole situation, but our night in shining armor ( I’m actually picturing denim shorts, a tank top, and some Jordans for some reason) had enough of a heart to save the poor little diaper-stuffer and bring the cherub to safety. Why he was arrested for endangering the welfare of a child and the mother allowed to carry on her merry way, is beyond me.