I don’t hate this move. Dressing up like shitty super heroes has been a cornerstone of the NCAA for almost a decade now and this is pretty tame considering some of the other disasters out there… I don’t like the design, I actually think it sucks, but at least they tried to make it fun and it ties directly into the mascot. Again, I think they look like shit but I’m saying they’re not the worst thing I’ve seen.

BUT WHAT I DO HATE is the fact that they’re calling this thing “swamp green”. Ever since that stupid white dress/blue dress debacle a couple years ago I’ve been on my toes when it comes to color blindness. I thought it was happening again this morning when I saw this grey uniform being described as “swamp green”…. Fuck that. It’s grey. And you know what else? Swamps are brown. They’re brown because they’re full of dirt and shit and dead things. Grey doesn’t exist in a swamp. Alligators are green in cartoons, dark green/white/brown in real life. Florida Football Gators can go screw themselves.

AND ANOTHER THING: If they wanted to go full gator then they should have given the helmet and pants the same gator skin pattern as the jersey. That’s just uniforms 101: commit to something or don’t bother. 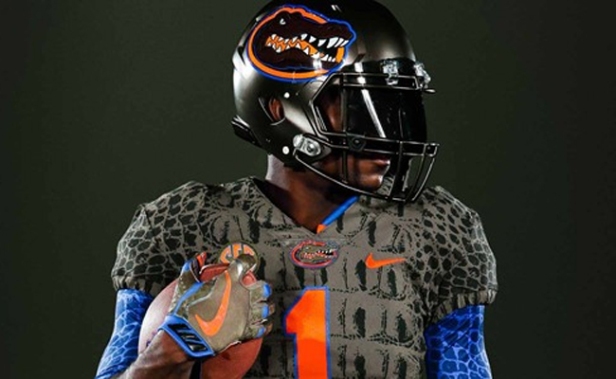 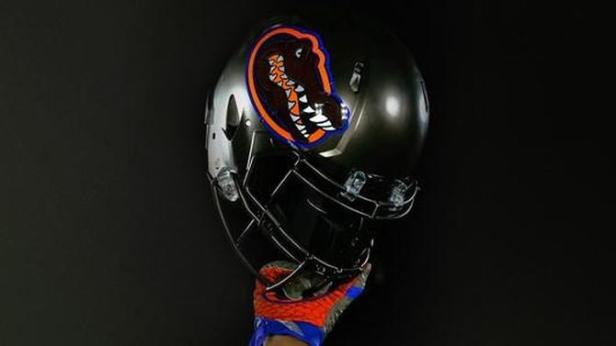 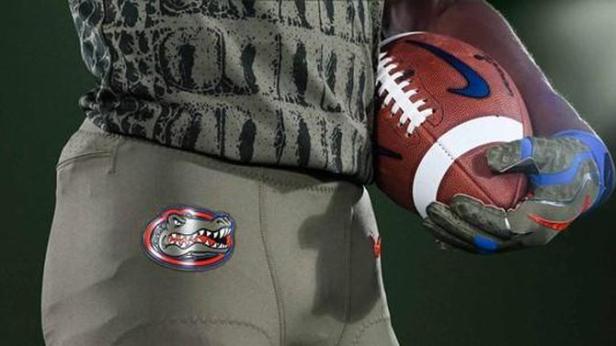